The concept for this piece was one that i think is probably familiar to nearly everyone, and it was inspired by that feeling of nostalgia you get when hearing a piece of music that has some special significance for you. I really had a solid idea of the feeling I wanted for this piece, even though the concept was unusually abstract for me.

I wanted it to have a really warm and wistful feeling, so I went with the idea of a clockwork music box because it had that sort of aesthetic, like something you might find on a dusty shelf or under the bed at your grandparents house.

On top of the music box there would be a dancing couple, and drifting from the box a string of summery things, perhaps memories of a summers day they had spent together in times past.

This was my incredibly rough plan for the composition of the image. 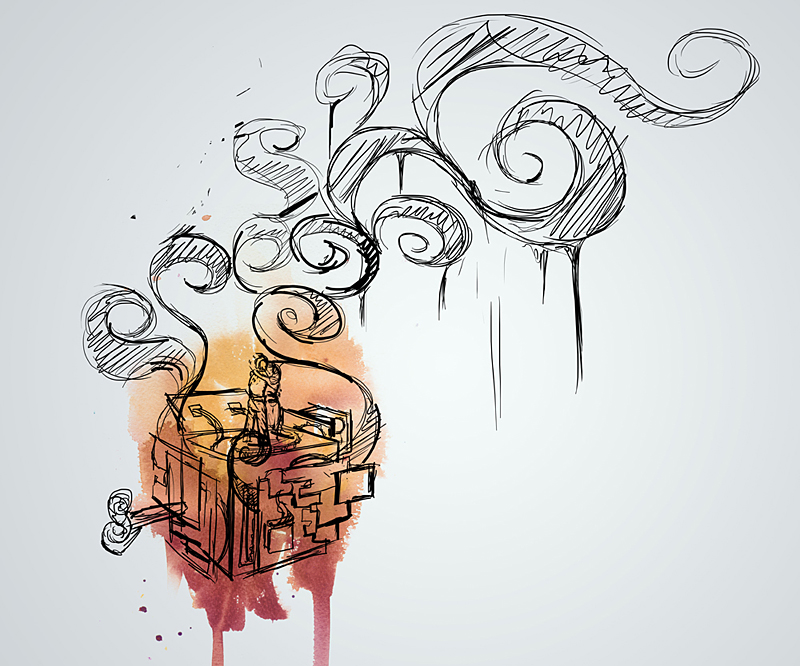